Legado das Águas is the largest private reserve of Atlantic Forest in Brazil.

Area of 31 thousand hectares divided between the municipalities of Juquiá, Miracatu and Tapiraí , in the Ribeira Valley, in the interior of the state of São Paulo, which combines the protection of the forest and the development of scientific research with the activities of the new economy, such as native plants and ecotourism.

It was founded in 2012 by companies CBA – Brazilian Aluminum Company, Nexa , Votorantim Cimentos and Votorantim Energia. It is managed by Reservas Votorantim LTDA. and maintained by Votorantim SA

More than a natural shield for water resources, Legado das Águas is a rare territory and in an advanced stage of conservation!

The Reserve is one of the only destinations in the country with infrastructure to offer ecotourism in the heart of the Atlantic Forest, with activities for different audiences, such as trails, water rides, viewpoints and canoeing. The area also has the option of inn and camping. Activities can be guided, with predefined dates and times and different values; or self-guided, with access from the purchase of the visitation ticket.

The Atlantic Forest Biodiversity Research and Technology Center CTPB-MA do Legado, produces native plants from the biome for reforestation and landscape projects, with a production capacity of 200 thousand seedlings per year, of more than 80 different native species.

In the areas of social action and environmental education, more than 40 thousand people have already benefited, directly and indirectly, with actions to support public management, fostering the local economy and socioeconomic development carried out by the Legacy in the territory in which it operates.

In addition, the Reserve develops scientific research that generates public knowledge for the whole of society, the most recent result being the discovery of two albino tapirs, possibly the only ones in the world; the rediscovery of a species of orchid considered extinct in nature in the State of São Paulo and its reintroduction in the habitat; recognition as an Outpost of the Atlantic Forest Biosphere Reserve by the UN / UNESCO system, among others.

During its trajectory, Legado das Águas has been diversifying its portfolio and offering products and solutions that reconcile the sustainable use of the territory and the protection of the forest.

Due to the nature of the businesses developed by Votorantim, the company has always chosen to acquire territories that are not limited to the needs of its ventures. For this reason, throughout Brazil, it maintains forest areas in a high degree of conservation, showing its commitment to the protection of natural resources.

Within this context, more than 50 years ago Votorantim acquired a series of properties with dense forest in the Ribeira Valley, cut by the Juquiá River, in the south of the State of São Paulo, where it built seven hydroelectric plants. Since that time, the company knew that conserving the largest possible forest area on the banks of Rio would be the only way to guarantee water availability for the future.

In 2012, CBA – Companhia Brasileira de Alumínio, Nexa , Votorantim Cimentos and Votorantim Energia, came together to transform this 31,000 hectare territory into Legado das Águas, institutionalized through a partnership with the State Government of São Paulo. Since then, Votorantim SA has signed a protocol, in which it is committed to protecting the area. Among the terms signed in the agreement, is the proposal for shared management, facilitating advances in scientific studies; environmental education; public use; protection of endangered species and socioeconomic development in the region.

In 2014, Legado das Águas started to be managed by Reservas Votorantim LTDA., A company in the Votorantim SA portfolio specializing in territory management and nature-based solutions for traditional businesses and the new economy.

Legado das Águas is an innovative initiative that proves the possibility of generating responsible business with the forest standing, guaranteeing the maintenance of the area and fostering new productive chains that contribute to territorial development. 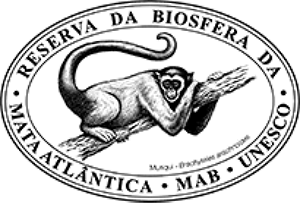 Legado das Águas was recognized as an RBMA Outpost, that is, a protected area that permanently and exemplarily develops the three functions of a Biosphere Reserve: conservation, sustainable development and knowledge. The title was granted by the National Council of RBMA, which has 58 outposts in 13 states.